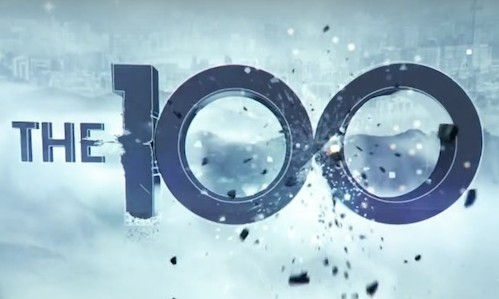 Oh. My. God. That would be a brief statement to sum up my response to the new action packed trailer for The 100 season 3. The newly released footage contains nearly three minutes of what’s to come for the 16 episode season, and there are a lot of things we need to process. To start, Clarke picks up season three on her own personal quest that will result in a few new looks as well as new faces around her. We can expect to see Lexa return from the footage in the trailer, with an initially awkward reunion after the massive betrayal in season 2. We can see that Jaha’s stay at “the city of light” has left him drinking the Kool-Aid and following the artificial intelligence that we can assume is responsible for destruction in the first place – but Abby isn’t too trusting of the promises (watch out Abby, this means danger for you in television survival rules.)

Things at Camp Jaha have taken a turn with a new face taking a massive leadership position (and he eventually shoots someone important?!) In contrast to the dark direction for Clarke last year, Bellamy mostly maintained a sense of humanity, and in the trailer we see he’s taking a different leadership approach with noticeably drastic measures. Finally Octavia, the warrior princess of The 100, is shown to keep her high and just expectations of the people she looks up to – and based on the trailer, those views will cause a major disconnect between Octavia and Bellamy with a bloody final scene that will pull at every fans heartstrings. I can’t begin to describe every moment of the trailer because there’s a lot of information coming our way – and the genius showrunner previously stated that this is footage from deep into the season, so we owe Jason Rothenberg a massive thank you for a lengthy trailer that introduces important plot points of season 3.

The 100 season 3 will kick off on Thursday, January 21st, which may seem a ways away – but keep faith The 100 fans; we’re getting closer and closer to a whole new chapter of the beloved series! Make sure to watch the intense trailer below and check back soon for my review of the incredibly adept series second season later this week! What are you most looking forward to for The 100’s upcoming third season?