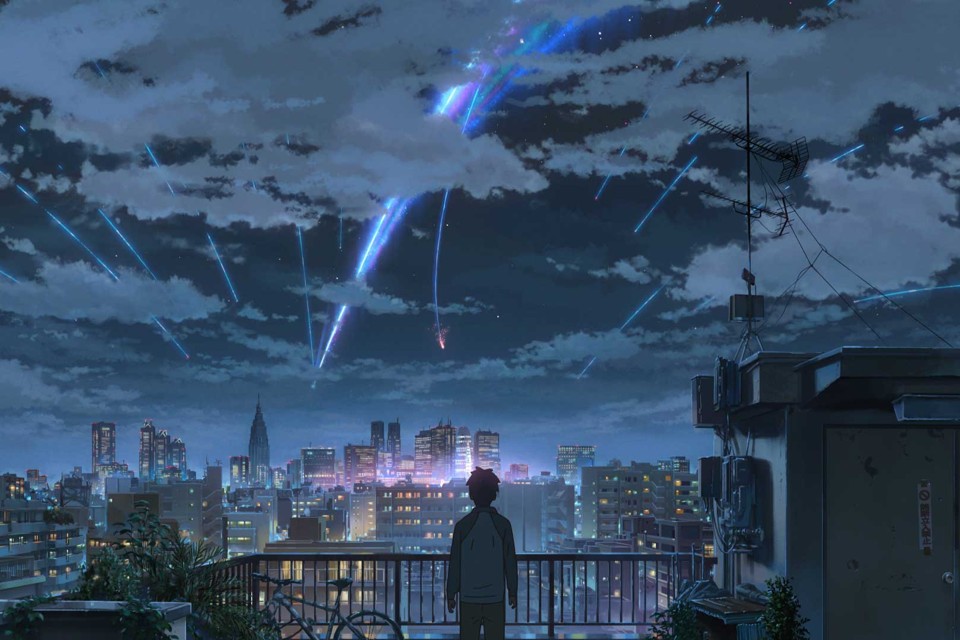 Japan has contributed several compelling anime films over the years that have become an overwhelming commercial success, but nothing quite lives up to the widespread achievements of the 2016 drama/fantasy film titled Your Name. The animated film (by Makoto Shinkai) initially was released in Japan last July, having earned more than any other animated film in Japan’s box office history. With such prominent bragging rights from box office alone, the film eventually found it’s way to the US – set to provide a theatrical run starting on April 7. In Japan alone, the film has raked in over $300 million (USD) that surely deserves to grow for essential storytelling, but more on that soon enough.

To provide you with some back story to the film, Your Name follows two high schoolers by the name of Mitsuha and Taki who lead very different lives. Taki is a young man who lives in the flourishing city of Tokyo and he stars opposite Mitsuha, a girl living in the rural small town of Itomori. While it sounds like a simple enough premise, their lives are unexpectedly forever intertwined. Out of the blue, with absolutely no connection to each other, Taki and Mitsuha exchange bodies and wake up to find themselves living in a new identity. Sure, it goes back to regular shortly – but the swap continues to take place and forces the two to work cohesively to operate two lives as one. To do so, they leave notes and messages through paper, phone and more importantly on themselves to keep each other in the loop about developments that bonds the pair unlike other films, anime and television. As one would expect, the two decide they want to meet in person for the first time sparked by a shimmering meteor that completely alters their lives.

Because of the fact that the film focuses on two key roles, the time to solidify both personalities is perfected by Shinkai. Your Name beautifully introduces us to their world (and individual lives) by throwing us into it just like the initial body swap that kicks off the film. It’s a masterful approach to hook viewers that carries over for nearly two hours, feeling like a lifetime in the best way possible. What carries such a strong message is the bond between both of them that shows an unprecedented love. Being forced into the other’s life makes it feel sturdier than most for the fact that they are forced to discover as much as they can. It creates an opportunity for typical humor on traditional gender roles, but more importantly shows one of anime’s greatest and most respected narratives honing in on the timeless story of love.

Towards the midway point of the film (no spoilers coming from me, I promise) the conflict of the film becomes one that feels as if true tragedy is looming. The transition encompasses the perfect way to raise the bar and push the film into a movie that adds intensity to the already important emotional makeup. Your Name later goes on to make the final act bring the last pieces together by using all of it’s genre strengths. Giving viewers the balance of love, drama and occasional comedy together brilliantly cements Your Name as a theatrical masterpiece that will make anime film directors work harder and aspiring creators push themselves for the shot at gifting the world with a unique depiction of love and how impactful it can be on your life – and that’s something that is honest storytelling at its finest.

The animation provided in Your Name is that of excellence. From the design of characters, settings, and fantasy driven scenes, there isn’t a single moment that will disappoint. This truth is best seen when Taki takes a trip through something otherworldly as if viewers are being guided on a artistic quest that helps the plot blossom into its final act. Every animated scene makes a perfect picture, essentially molding Your Name into a film with uniquely stunning cinematography. Though the original Japanese voice cast still stands with excellence, the English dub by Funimation creates a powerful production that is sure to be considered timeless.

In its entirety, Your Name is an anime cinematic experience that strays from traditions to forge its own path. The story is one that can be appreciated by people from various walks of life to different ages because family, love and dreams of your own destiny are relatable to us all in one way or another. The anime film rightfully stakes its title has the highest grossing animated feature in Japan because the storytelling goes above and beyond while supplying stunning visuals to guide us through the tale. If you get the chance to see Your Name in theatres you won’t want to miss an opportunity such as this – it is another piece of evidence that anime is still offering solid productions with individuality.

– The framing that took focus on landscape and the paranormal aspects gave viewers exemplary art to gaze at for the entire film.

– The ending was somewhat bittersweet, offering hope while leaving me wanting to know more about the primary characters