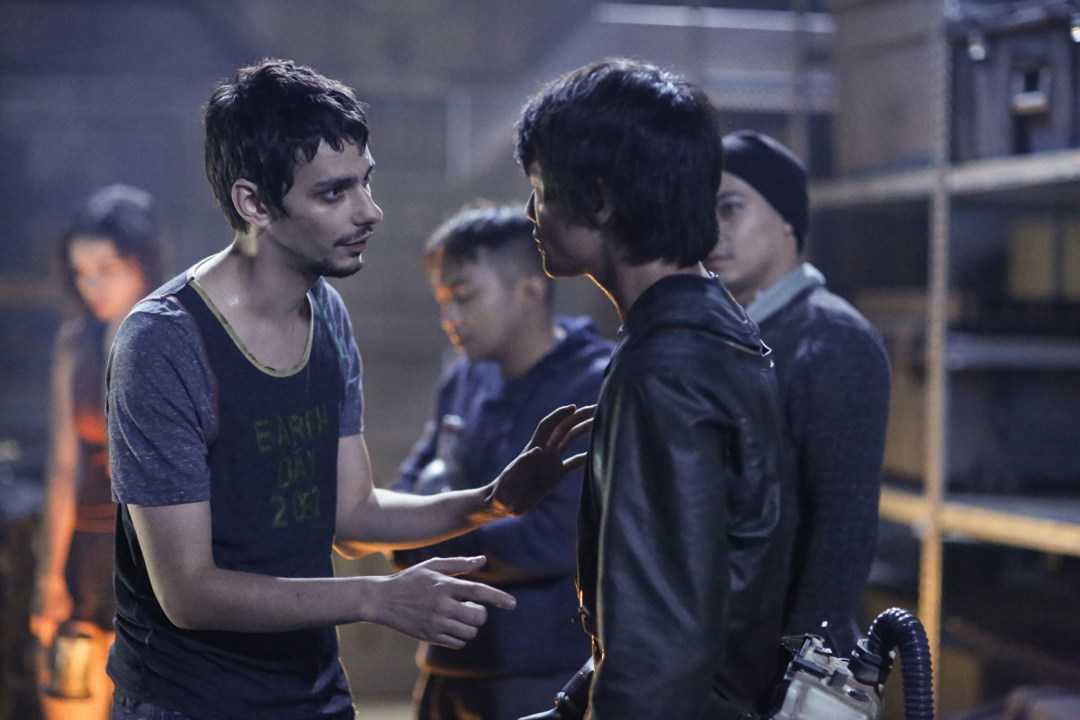 After Octavia managed to defeat all of her opponents in the conclave and won the deciding rights to the bunker, she hoped to use it as a token of unity to show evolution amongst the population. Unfortunately, all of Octavia’s hard work was met with a decision that trumped the Blake siblings’ hopes and proved Clarke and Jaha are self proclaimed leaders who don’t take others into consideration…

“The Other Side” Recap / Review

With Clarke having come up with a plan to overtake the bunker, Jaha and the rest of the former Skaikru make themselves comfortable despite utterly shocking everyone else with the rash decision. By the time Bellamy regains consciousness, he begins to clash with Clarke, finally calling her out for making choices she shouldn’t be deciding on her own. Abby realizes the same thing Bellamy has, and the evil duo of Clarke and Jaha allow them to at least radio their goodbyes to Kane and Octavia. Octavia fills her brother in on her victory so he takes an opportunity to say he will do whatever he can to get her inside the bunker and safe with the others. Jaha (who wasn’t so pleased about the radio contact) has guards shock-baton him to take him as a temporary prisoner with concern over what he will do next.

As he is dragged away, Abby and Clarke aren’t too thrilled by Jaha’s orders (which Clarke is equally a part of, in my honest opinion), but Clarke finds Murphy to keep an eye on Bellamy. Murphy notices Bellamy bleeding from the chains (that tends to happen when one is held captive against one’s will), so Abby is sent to tend to his wounds. Bellamy had hoped this would happen, taking the opportunity to tell Abby he will do whatever is necessary to save his sister and Kane — Abby’s love interest, in case you need a refresh for the lack of Kane/Abby scenes. Abby frees him from his chains, and, although she isn’t sure he will succeed, she feels better trying than just allowing madness to ensue like her daughter repeatedly allows.

Above ground, Octavia is surrounded by the other clans, who grow anxious over the looming sense of danger, with Azgeda becoming an issue due to Echo “dishonoring” her people. Octavia shows her true leadership attributes and explains that, even though she may not have played fairly, it shouldn’t reflect her entire clan — a round of applause for her sheer brilliance and forward thinking, right? Abby approaches Jaha for one last shot at persuasion, but he refers to Kane as if he has died already, so, in response to the shade from her former ally, she injects him with a sedative and aids Bellamy to the hatch, both working toward the same goal of opening the bunker.

Just as he comes close to gaining access to the hatch, Clarke appears toting a gun aimed at her “friend.” She receives the talk she needs from him, pointing out that, if she allows this to happen, she’s completely responsible for allowing many others to die. Bellamy stands strong and says she will have to kill him if she doesn’t want him to open the door and Clarke realizes at least one horrible act she can’t commit — lowering the gun. Now the Blake siblings have a chance to reunite, and Octavia proclaims unity for all … just not Echo, which is totally understandable given all the treachery she has sparked. Octavia explains that, as long as she and her brother are given a spot, the remaining slots for the bunker can be determined by the powers that be (Clarke, Kane and Jaha).

Elsewhere, Raven is realizing her time on earth is coming to an end and begins to see visions of Becca and her close friend Sinclair, with the new knowledge that she could (possibly) survive if she were to “reboot” her brain. How does one do this? Well, with the mix of an ice bath and defibrillator, of course! Shockingly (and semi-strangely) enough, her plan works, and Raven Reyes is back in the game. Monty does his best to convince a group of The 100 to join him in the rover and make their way to (semi) safety. The group (including Jasper, Harper and a few others) decide to follow Riley’s direction and agree that, with the correct amount of a dosage, they can end the suffering that very night. A surprising change of character shows Harper later tell Monty that he isn’t enough for her to want to survive and gives a pretty cruel breakup on account of the suicide pact — but the truly heavy moment comes from Monty and Jasper.

Monty next finds Jasper staring outside of a window into the deep red moon, knowing that the end is coming for them eventually. Jasper asks his childhood best friend to tell him he loves him, triggering Monty to realize that Jasper has overdosed. He tries to stick his fingers in his throat to make him regurgitate the drugs; however, Jasper stops him and makes a joke out of the situation as only Jasper could. He kisses Monty’s hand with one final bit of life he has remaining and tells him he will “see you on the other side.” Overcome by emotion (Monty … and me), he repeatedly states his love for Jasper to make his feelings for his best friend known even though he had passed on moments before he could muster the words. After everything they had been through, it was apparent that Jasper was heading down this path after losing the potential love of his life, he was now a fractured person who wasn’t willing to fight on any longer. There have been several deaths in The 100 during its four seasons, but this one was an emotional punch to the gut.

The only silver lining of the situation was that Harper didn’t actually go through with it, telling Monty she loves him (but I must admit I’m not to pleased with her after this episode). Now only two episodes remain, and plenty of characters are in danger of radiation, so any bets on who can survive the upcoming danger?

Rest In Peace, Jasper. Your sarcasm, goofiness, scorned attitude and words of wisdom will be missed. After four seasons, he rightfully became a fan favorite who reflected some of the darkest moments of grief the series included. His story’s conclusion was one that could have been predicted by watching the slow deterioration of who he once was and his lack of interest in what the world around him had become — it’s just a shame he didn’t want to stick around to reshape what it could eventually become.