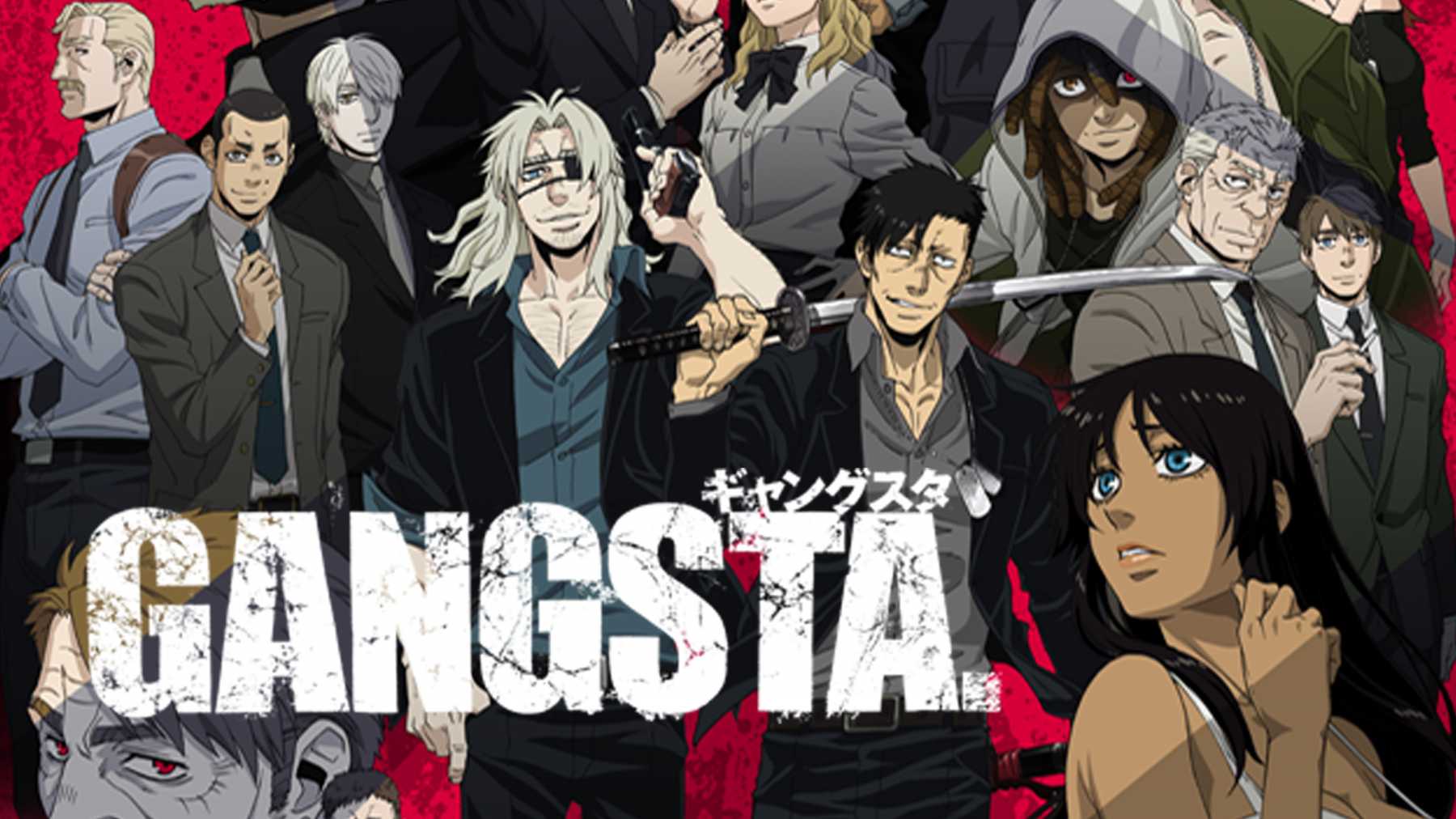 When an anime series titles itself Gangsta, you may have an inclination that violence will be a recurring theme (especially when you view the teaser trailer from funimation) but what you might not guess is that it’s primarily a character-centric tale with two characters that are spectacular protagonists. The series focuses in on Nicholas Brown and Worick Arcangelo, two men known as “Handymen” or mercenaries who take the jobs that are passed on by even the deadliest of individuals. These Handymen are enlisted by the most dangerous mob bosses or law enforcement to accomplish whatever dirty deed needs to get done – usually involving death in one way or another.

Nicolas and Worick live in the city of Ergastalum, a bustling location that was at one point a supposed “safe haven” for Twilights (essentially a super-human born from the product of a unique drug.) When you determine that someone important to the series is a Twilight and is now being hunted down by an elite underground faction, it seems like being a Handyman might not be enough to survive what’s coming. As the series promises, a struggle for power commences that can be felt through various parties with many different motivations, but more than anything it is the overwhelming sense of concern you feel resonate for Nicolas and Worick in the midst of a chaotic city erupting with trouble.

When evaluating Nicholas as a character, he has a majority of the interest in his corner – instantly becoming a different take on a character that could have been crafted generically. Nicholas is deaf (I think that may be a first for any anime series or anime film I’ve seen) that adds some authenticity to how it affects his life in intense scenarios – all while filling the role of lead protagonist. Once scratching the surface, fragments of his life growing up begin to come to light and you see the compassion, power and examples of a complex character find a balance in Nicholas (arguably the best attribute of Gangsta the series.) During the exploration of who Nicholas is, his childhood ties are prevalent to the series ongoing narrative making the series one that evolves wonderfully through each episode.

Though Nicholas may sound as if he holds the entire weight of the series on his shoulders, there is some especially surprising depth that comes from his counterpart Worick. Worick would be written off as the aid to the series lead in other animes, but Gangsta gives Worick the chance to recall both who Nicholas is/was but how he contributed to things that helped Nicholas. Worick definitely has unsung hero qualities, but for the most part he’s celebrated by fans through the expression of his role that viewers solely witness. It’s rare for a series to have two central characters that work so well together but it’s those opposite traits and through thick and thin partnership that the pair proves to have complete chemistry. If anything, the bond between Nick and Worick is electric and will 100% be the reason you are enticed to continue with Gangsta. The twists of childhood traumas, abuse and much more may add turns to the series but the grounded stance it takes with these two men and their partnership is a dazzling attribute to watch.

One person I seemed to have left out (who is in the series often) is Alex, the ex-prostitute with a bounty on her head and a blooming crush for Handymen. It’s not to say she wasn’t enjoyable in some capacity, but she felt underused and more one-dimensional than the men of the series which is more of a semi-fault in the creation of her role. (Jessica Chastain needs to give her ‘do better’ speech to anime creators from time to time.) The animation of Gangsta feels lively despite evoking those darker or neutral tones – creating a unique approach given today’s anime standards and a strong final product from the animation company. The english voice cast of the series feels like a straightforward delivery which is how the world of Gangsta would feel, often avoiding getting too over the top. There are a few little hiccups in Gangsta, but when everything is taken into account – Gangsta is a series that introduces two instantly memorable characters in a gritty world, and I loved my experience throughout it.

– The bond of friendship (maybe more) between Nick and Worick was the ace up Gangsta’s sleeve.

– I would say I want season two but Manglobe Studios filed for bankruptcy and things seem much bleaker for any follow up.